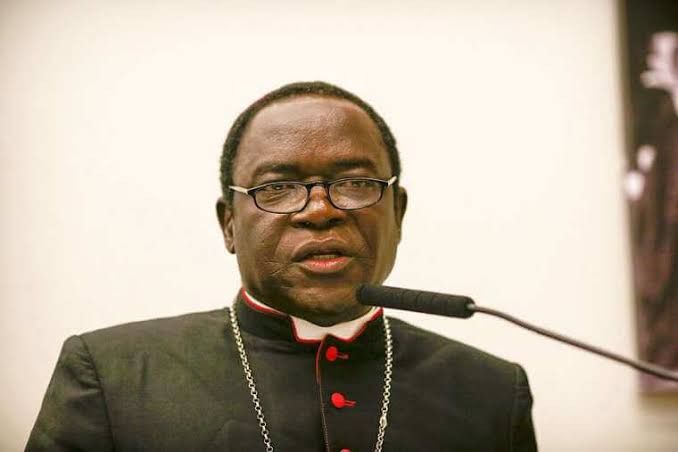 Popular Bishop of Catholic Archdiocese of Sokoto, Matthew Hassan Kukah has shared his thoughts about the the insecurities in Nigeria and the different kind of leaders Nigeria has had since independence.

The Bishop who spoke during a virtual session moderated Toyin Falola, a professor of History at the University of Texas in the United States (U.S.A) titled: Cast Without A Plot, stated that past Nigerian leaders were not prepared for power.

“What passes for governance is digging a whole to fill a hole because you borrow money to win elections and you see that there is a correlation between the spiral of awarding of contracts and the contracts not being finished.

“I don’t think any Nigerian, in his right sense, should pretend nothing binds us together. This 923,768 kilometre square that Lord Fredrick Lugard gave us binds us together. All of us are now global citizens, but I know all of us are still nostalgic about this country. It is not going to remain like this, and let none of us be under any illusion that anybody stands to gain anything if this country breaks up. Nobody is interested in this country breaking up. But the point is that who we were yesterday is no longer who we are today.”

Kukah in the interview added that;

“The challenge is for us to create an environment that is conducive for peace. This is why I worry about this government, because the government has not created a narrative that points in a direction that we should be going.

“We don’t expect the President to do everything. We are not expecting angels, but it is that a nation has to survive on a vision about where we are going and how we are going to get there. But when you raise this question, people begin to think that you are an enemy of the state or that you are inciting citizens.

“You don’t need to incite anybody in Nigeria because government has created an environment for that development making loose a bunch of people going around killing everyone. Who do you need to incite? You can only incite the government to take its responsibility to secure our country. It is not too much to ask.”