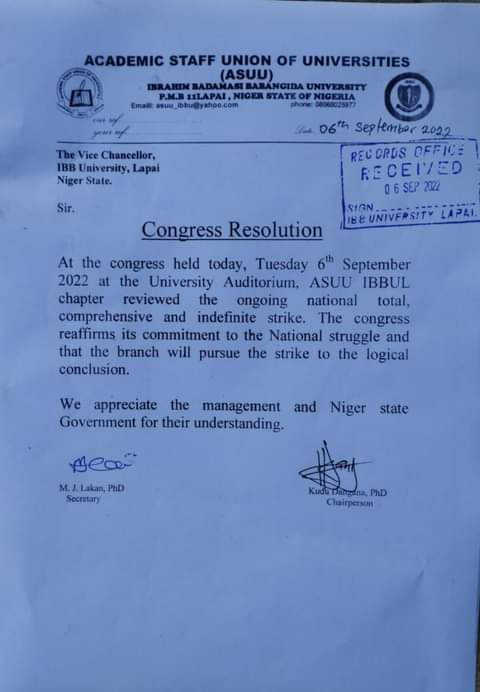 The Academic Staff Union of Universities (ASUU), IBBUL branch has announced the continuation of its strike action.

A statement jointly signed bythe Chairman, Comrade Kudu Dangana and the Secretary, Comrade Mohammed Jiya Lakan after its congress at the main campus, noted that the congress has reaffirmed its commitment to the national struggle and the branch would pursue the strike to its logical conclusion.