About the killings in the southern part of Kaduna, the southern kaduna people have said all nlames should be on El rufai .
Here is the details from L.Ikeji-

Once again the Southern Kaduna Peoples’ Union (SOKAPU) has had to painfully send out condolences to the murdered people of Goska village in Jema’a Local Government Area of Kaduna State. Ironically, on a day that our people ought to be joyously celebrating the Christmas festivities, was the day they were reduced to burying their loved ones, treating the wounded in hospitals and coping with a fresh batch of internally displaced people of Goska village whose houses were burnt down.
Burnt and killed on 24th December 2016, while happily engrossed in preparing for the Christmas celebration, secured in their knowledge that a 24-hour curfew meant to keep them indoors would also keep away their killers. Alas how wrong they were.SOKAPU is calling on all people of goodwill to personally hold Governor Nasir El-rufai responsible for all those murdered in Goska village because these killings took placed under a 24-hour curfew, imposed on Zangon Kataf, Kaura and Jema’a LGs the Governor. While people were forced to stay indoors, pampered marauding herdsmen whose presence around Goska has been noticed and reported people around that area for almost three days, attacked the town and for hours killed and burnt without let or hindrance from security. This amply confirmed our assertion that the 24-hour curfew slammed on the 3 LGs in Southern Kaduna was just to punish the people for daring to protest the persistent killings in their villages on 20th December when El-rufai visited kafanchan. It means the Governor lied on December 21 when, in justifying the 24-hour curfew slammed on the 3 LGs said, “The State Security Council said it took the step following credible intelligence about risk to lives and property in the areas.” More than 20 communities have been attacked and hundreds killed without the Governor getting any ‘credible intelligence’ to lives and property but he became drowned in ‘credible intelligence’ to justify his curfew when youths and women protested the killings in his presence.To confirm that the Governor’s sole intention was to punish those who protested against him, look at the answer he gave State House correspondents when on 22nd December, he visited Aso Rock to get endorsement for the 24-hour curfew from Mr. President. “I don’t think the state government should be blamed, those responsible for the violence that broke out in those parts of the state should be held responsible for that. We have not imposed curfew in other parts of the state, we had to impose curfew here because of the situation that was caused irresponsible behaviour certain people.” Those who initially thought the 24-hour curfew was to stop the herdsmen from continuous killings now can see the real reason for it. Even the hundreds of policemen, soldiers and other security personnel quickly drafted to those 3 LGs, especially Kafanchan were just to enforce the curfew and arrest those the Governor felt disrespected him or trying to defend themselves and not to stop the killings. This was further confirmed the attack on Goska, because despite the hundreds of security men brought in from all over, Goska village, just some few kilometers away from Kafanchan town was still attacked. And like always, the security went to Goska village after the marauders had killed, burnt and left.Where was the surveillance helicopter that flew round Kafanchan during the day?  What happened to it during the attack? Where were all the hundreds of security personnel quickly mobilized to Southern Kaduna? For some times we have been crying and screaming ourselves hoarse that we need security in Southern Kaduna but nobody paid any attention until when someone felt the need to ensure that his curfew isn’t flouted.With the attack on Goska, who will the Governor now blame? He has blamed everybody for the continued killings in Southern Kaduna except himself or those he paid money to stop the killings. So who will he now blame for the Goska attack? Maybe they were Niger Delta militants disguised as fulanis!  We are saying it calmly that all men of goodwill should hold Governor El-rufai responsible for the killings in Goska, due to his inflated ego, unguarded utterances, appallingly undignified conduct in handling the killings in Southern Kaduna and his morbid penchant for deliberately living in denial of the actual people and reasons for the killings in our area since he became Governor.We condemn the attack in Goska village and condole with the bereaved. SOKAPU is calling on all our people to remain calm, never to go on any reprisal, never to take the law into their hands and remain law-abiding. In the midst of all this, we are wishing all people in Kaduna state a Merry Christmas and a prosperous new year. Signed: Mr. Yakubu KuzamaniNational Public Relation Officer 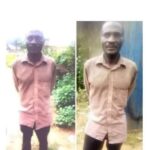 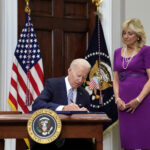