The former president had swiftly denied the allegations and urged newspapers to “always cross-check their facts before rushing to publish false information, especially when being spread those who want to unfairly promote their own pride, against our own national interest”


In response to enquiries THISDAY’s sister broadcast station, Arise News Network, the British High Commission on Tuesday, March 7th, said the allegation that the RAF was over the area for a number of months and actually located the girls within weeks, but the Nigerian government under former President Jonathan turned down its offer to rescue the girls, “was false”.
Also reinforcing this, the UK’s Permanent Representative to the United Nations Security Council and head of the delegation to the Lake Chad region, Ambassador Mathew Rycroft, dismissed the allegation when the question was put forward to him during a press briefing on Monday.

“The British High Commissioner briefed me on that today (Monday) and said that the allegations are not true,” Rycroft said.

When pressed for further clarifications Arise TV, he directed all enquiries to the British High Commissioner to Nigeria.
However, the British High Commission, in its statement, said “a more cordial, collaborative and unified approach between Nigeria and her allies than the reported differences was used”.
The statement added: “UK worked with the US and France to provide a range of military and intelligence support to the Nigerian government in their search (for the Chibok girls), and in fact, a wider effort to address the longer term challenge of terrorism.

“But importantly, we won’t comment on specific additional details, which is a matter for the Nigerian government and the military.”

Speaking on the overall objective of the visit, Rycroft said the Boko Haram crisis was “one of the most neglected crisis and we want to shine a spotlight on that crisis”.
The envoy also urged the global community including the governments of the Lake Chad region to step up and respond to the crisis before it is too late.

“Part of that crisis is terrorism and we stand with the government and people of this region and particularly the government of Nigeria in confronting Boko Haram in the Lake Chad Basin region. The UN Security Council applauds the works of the MNJTF.

“And in this regard, we congratulate the government of Nigeria and Cameroun for signing the tripartite agreement with the UNHCR last week.”

“How can I be on the same side with Atiku? To do what? Says Former president, Obasanjo 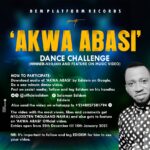 Win 10,000 naira and get to feature on Akwa Abasi official video – #Dancechallenge