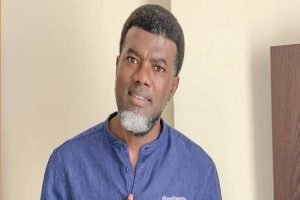 Reno Omokri on his social media platforms has said “Buhari himself may not mind a Taliban like regime after him” and that “He may see it as a better alternative to Tinubu as a successor”. This is coming after the Talibans took over the Afghanistan government on Sunday 15th October 2021.

Read below the complete statement:

The only two countries that are above Nigeria in the Global Terror Index are Afghanistan and Iraq. And both of them are now firmly in the hands of the Taliban and radical Islamists. Let us not think Boko Haram can’t achieve the same thing in Nigeria. If we fold our hands, they will! Last week, the Buhari regime brought back hundreds of so called repentant ISIS (not Boko Haram, ISIS) fighters from Libya. Please research it. Many of the mujahideen that led the Taliban sweep of Afghanistan were released from Guantanamo. Buhari himself may not mind a Taliban like regime after him. He may see it as a better alternative to Tinubu as a successor. We are playing with fire in Nigeria. Repentant Boko Haram is one thing. Repentant ISIS is another!

Emmanuel Adebayor is on the verge of signing for Lyon