California’s governor, Gavin Newsom has issued a statewide ‘stay at home order’ directing the state’s 40 million residents not to leave their homes in other to halt the spread of coronavirus.

Speaking at a news briefing from the state capital in Sacramento on Thursday, he said: ‘We are confident the people of California will abide it, they will meet this moment,’ Newsom, a Democrat in his first term as governor of the nation’s most populous state.

‘They’ll step up as they have over the last number of weeks to protect themselves, to protect their families and to protect the broader community in this great state and the world we reside in.’

Newsom, who didn’t give an end date for the order said exceptions to the stay-at-home rule would be granted for residents to make necessary trips to grocery stores, pharmacies, doctors and in some cases work.

The governor said the order was essential because roughly 56 percent of the state’s residents, or 25 million people, would contract the respiratory illness in the next eight weeks.

Of the 12,600 people tested for coronavirus in California, there are still 3,250 results undelivered, and with hospitalization rates for those infected with the flu-like disease about 20 percent, a requirement for additional hospital beds could quickly overwhelm hospitals, Newsom said.

California, the nation’s most populous state is among the hardest hit the coronavirus outbreak, with 1000 confirmed cases as of Thursday and at least 19 deaths.

California is home to 40 million people, including an estimated 108,000 homeless.

The professor who called 2face an illiterate for his planned nationwide protest has apologised. Read what he wrote 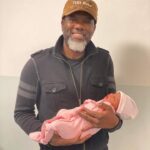