Federal Government has cancelled visas issued to travellers from the 13 countries it imposed a flight ban on over coronavirus pandemic.

Recall that as part of measures taken the government to curb the spread of Coronavirus in the country, the Federal government banned flights from coming into Nigeria from these countries, China, Italy, Iran, South Korea, Spain, Japan, France, Germany, Norway, the United States of America, the United Kingdom, Netherlands and Switzerland.

Speaking to state house correspondents after the Federal Executive Council meeting, the Minister of Interior Affairs, Rauf Aregbesola, said asides the banning flights, visas issued to applicants from the affected countries have also been cancelled.

“In addition to the measures announced the secretary to the government of federation, the federal government of Nigeria is restricting entry into the country for travelers from the following 13 countries China, Italy, Iran, South Korea, Spain, Japan, France, Germany, Norway, the United States of America, the United Kingdom, Netherlands and Switzerland.

“These are all countries with over 1,000 case of the virus domestically. What this really means is that we are suspending issuance of visas and we are canceling all visas already issued to citizens or travelers from these nations. It will take effect from Saturday, March 21, and will will last for four weeks for the time being, while development will dictate what will happen thereafter.” 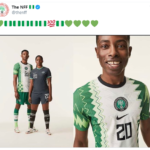 Special Invitation: IAMBESTNETWORKS manager ready to say “Yes I do”

male students of the Ireti Grammer school who molested female student will be arraigned in court today.