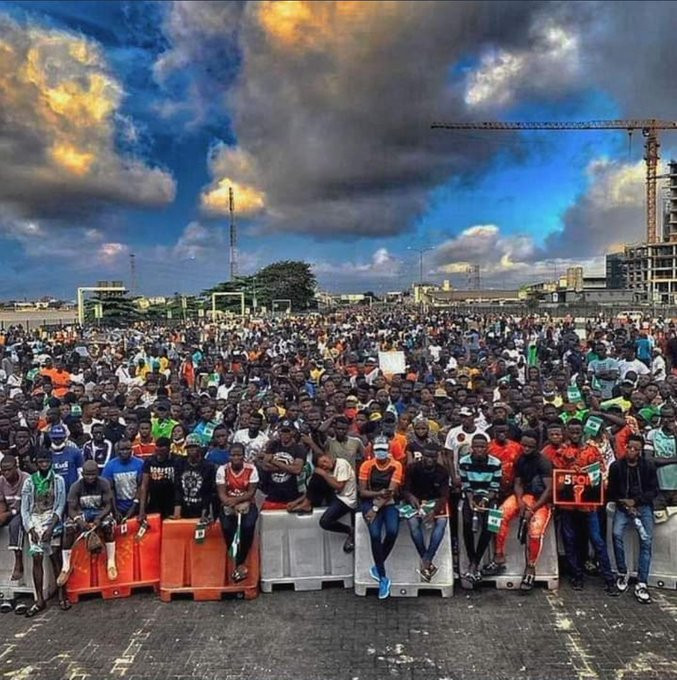 Amnesty International has welcomed the report of the Lagos state judicial panel on police brutality during the #EndSARS protest last year.

On Monday, the panel submitted its report to the state government, confirming that protesters who were shot at the Lekki tollgate were killed and described the ordeal as a “massacre”.

The panel listed 48 victims of the shooting while recommending that police officers and soldiers who were deployed in the scene be punished.

It was also stated in the report that security operatives who were at the scene, prevented ambulances from reaching injured demonstrators.

Osai Ojigho, director of AI, Nigeria, in a statement Isa Sanusi, the organisation spokesperson, said President Muhammadu Buhari must ensure that those who were responsible for the shooting face justice.

Ojigho said the findings of the judicial panel is the first step towards justice and restitution for survivors and victims’ relatives.

“Amnesty International welcomes the panel’s report, which confirms that the Nigerian army and police shot peaceful protesters at the Lekki toll gate on October 20, 2020,” the statement reads.

“The panel’s findings reveal the truth about what happened at Lekki toll gate and contradict the shameful denial the Nigerian government that deadly force was used against peaceful #EndSARS protesters.

“A day after the crackdown, Amnesty International conducted its own on-the-ground investigation which confirmed that the Nigerian army and police killed at least 12 peaceful protesters in Lekki and Alausa – with evidence gathered from eyewitnesses, video footage and hospital reports.

“A week later Amnesty International was able to release a timeline of the shootings, which confirmed that Nigerian army vehicles left a military base a short drive from the toll gate on the evening of the shootings and were present when the killings began shortly after.

“For the survivors and relatives of the dead, the judicial panel report findings are only the first step towards justice and restitution. President Buhari must act promptly to ensure that those found to be responsible for shooting and attacks on peaceful protesters are brought to justice in fair trial.

“Nigerian authorities must ensure access to justice and effective remedies, including adequate compensation, restitution, and guarantee of non-repetition to victims and their families.

Serious matter: Read Reno Omokri’s opinion on the arrest of Evans the Kidnapper