chairman of the Peoples Democratic Party, PDP, Alhaji Ahmadu Adamu Mu’azu, has today reacted to the allegation that he betrayed former president Goodluck Jonathan during the 2015 election.Read his statement below…

In all sincerity, I gave my best and all to my party. Those who blame us for not delivering maximum votes to the former President in the north seem to have forgotten that it is the people who vote” 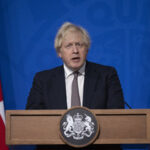 IAMBEST Events: new, quality and best event services you can ever get. Proudly IAMBESTNETWORKS