“The idea is that 16 teams would qualify directly to the group stage and
the other 32 would play in a preliminary phase, in the country where
the World Cup is being played,” Infantino told reporters at an event in
Bogota, Colombia on Tuesday.

“They would play for the remaining 16 places. It means we continue with a
normal World Cup for 32 teams, but 48 teams go to the party.”

One of Infantino’s proposals while coming out for election  was to
increase the number of teams competing in FIFA World Cups to 40 after
Qatar 2022.

“These are ideas to find the best solution. We will debate them this
month and we will decide everything 2017,” Infantino continued.

“They are ideas which we put forward to see which one is the best.
FIFA’s idea is to develop football in the whole world, and the World Cup
is the biggest event there is,” he said. “It’s more than a competition,
it’s a social event.” 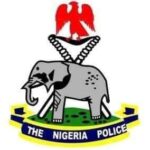