25th December 2017 in Bwari area council of Abuja has been tagged a black Christmas day because of the deadly crisis that resulted to loss of lives and properties. The FCT minister and other government officials have been reporting untruth and differently on the primary causative factors.

Today the Gbagyis who are the original owners and inhabitants of Bwari land have let the cat out of the bag telling the public the root cause of the 25th December 2017 crisis  in Bwari that led to the burning of the only market in Bwari town. Read below the full, complete and original statement released the Bwari  Youth Development Association …. 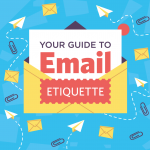