The people of Ekole Creek in Bayelsa all cried out that  a massive oil leak
from an oil field operated Nigeria Agip Oil Company (NAOC) in the
state.

The
News Agency of Nigeria (NAN) reports that Ekole Creek is around Agbura
and Otuokpoti communities in Ogbia and Yenagoa local government areas
respectively.
It has been reported that  the spill resulting from the leak destroyed farmlands and aquatic lives in the communities.

The
residents told NAN that crude oil deposits from the spillage measured
about five centimeter thick on the surface of the water.
The incident caused some of the residents to troop out to scoop the flowing crude oil.
A resident of Otuokpoti community, Mrs Cecilia Osain said the spillage had negatively affected fishing activities in the river. She disclosed that, those who went fishing came back with no catch as the crude oil
has scared the fish, crayfish and shrimps away into the high sea beyond
the reach of artisanal fishermen.
Osain,
who also scooped the crude, said bathing in the river is no longer safe
for residents as those who did complained of itching all over their
bodies.
She said that the community relied on the creek for drinking water and for domestic use.
Meanwhile,
the people of Otuokpoti community have appealed to the government of
Bayelsa to provide relief materials to ameliorate the plight of the
people.
In a
letter signed their Paramount ruler, Chief Cousin Wongo and Chairman,
Community Development Committee, Mr Simpson Isikpi, the community noted
that the spillage polluted the entire river.
According
to the letter, the incident has negatively affected the economic life
of the people as the river serves as a major source of income to members
of the community.
“We cannot drink water, we cannot bathe in the river, our aquatic life such as fish and animals are dying.
“We appeal to the relevant authorities to come to our aid,” the letter read in part.
They also appealed for the immediate cleanup of the river to enable the people resume their fishing activities.
Speaking
in the same vein, spokesman of the youth wing of the Ogbia Brotherhood,
Mr Lamawal Wilfred called on operators of affected pipeline to send
experts to ascertain the cause of the leak.
He urged NAOC to prevent further pollution of the river which serves as their major source of water.
When a
NAN Correspondent visited the community, residents were seen scooping
crude into containers, while the whole air was polluted the gas from
crude oil.
Officials of NAOC declined comments when contacted for comments.

Mr
Filippo Cotalinni, Media Relations Manager, at Eni, parent company of
NAOC has yet to respond to a request for comments on the incident.
Source: NAN 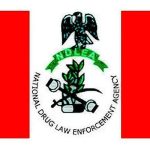 “Melaye will be a liability and not an asset” says PDP