The National Judicial Council on Monday launched  National Judicial Policy to  empower NJC place a judge
under investigation on interim suspension.
This is contrary to the position
separately expressed the NJC and its Chairman, the Chief Justice of
Nigeria, Justice Mahmoud Mohammed, since the Nigerian Bar Association
made the call for the suspension of some judges recently arrested the
Department of State Services on allegations of corruption.
The National Judicial Policy which was
prepared the NJC in April  2016 but only unveiled the NJC on
Monday, has lots of  issues such as judicial appointment policy, judicial
discipline policy, judicial code of conduct policy, judicial
education and training policy, judicial performance policy, case flow management policy,
judicial administration and court management policy and transparency and
anti-corruption policy.
The NJP deals with Judicial Discipline
Policy under section 2.2 where it makes provisions for the Judicial
Discipline Regulations.
In section 2.2.3 it states that the
Judicial Discipline Regulations may specify among other 16 items, the
procedure of investigation of a judge, powers of council to order a
review and composition of review body, and powers of interim suspension
NJC.
This is what the NJP states in part….

“The National
Judicial Policy ascribes much premium to judicial accountability and
ethical conduct in judicial office.”

“The National Judicial Regulations may specify, among other things:”

Though the NJC had said acting in line with
NBA’s suggestion suspending the arrested judges without receiving
petitions against them and probing the petitions, would violate section
158 of the Constitution.
The NJP, also among others, directs that
any petition filed against a judge that is leaked or discussed in the
media before or after it is submitted for investigation will not be
entertained.
It also reiterates the Code of Conduct for Judicial Officers barring judges from accepting gifts.
The launching of the policy in Abuja on
Monday was witnessed former Chief Justices of Nigeria, Justices
Mohammed Uwais, Legbo Kutigi, and Dahiru Musdapher.
The event was chaired Musdapher.

The CJN described the policy as “a Charter of Commitment to the values that elevate not only our judicial institutions.”
He added, “I also see the policy as a
mechanism that facilitates a greater knowledge of the judiciary, guiding
the other arms of government in acquiring a deeper understanding of the
workings and moral/ethical leanings of the judiciary.”
He acknowledged corruption as the
greatest single menace challenging the nation’s justice system but that
the problem was not limited to Nigeria.
He said, “This is why the National
Judicial Policy contains clear provisions restating the judiciary’s
commitment to transparency and accountability.  This is clearly spelt
out in Paragraph 5.1 of the National Judicial Policy 2016, thus:
“The National Judicial Policy recognises
that the greatest and most damaging challenge to administration of
justice is corruption and that tackling this challenge must go beyond
mere exhortation and sentiments.”
The CJN also set up the Judicial Ethics
Committee charged with the duties of “Preparations of amendments to the
Judicial Code of Conduct as the need arises and undertake the
responsibility to elaborate the provisions of the Code, explain and
remind judicial officers of the provisions of the Code and, generally
and do all such things necessary to ensure a continuous high standard of
judicial accountability and probity.”
The committee is headed Kutigi, who was the Chairman ýof the last National Conference held in 2014.
Other members included a former Justice
of the Supreme Court, Emmanuel Ayoola; a former President of the Court
of the Court of Appeal, Umaru Abdullahi; a former Justice of the Supreme
Court, Justice A. I Iguh; and a former Chief Judge of Rivers State,
Justice Iche Ndu.
Others are  a former Chief Judge of
Adamawa State, Justice E.S Bansi; President of the National Industrial
Court, Justice Babatunde Adejumo; a former President of the Nigerian Bar
Association, Mr. Okey Wali (SAN); and incumbent President of the NBA,
Mr. Abubakar Mahmoud.
In his speech during the event, Justice
Musdapher, said the absence of a national judicial policy had led to a
disjointed development of the judiciary.
Source: The Punch
Tagged: News 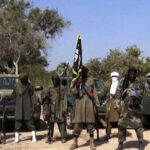 I Am Best Magazine: TOO INVOLVE FOR GOD TO RESOLVE. – By pastor Misheal Tomizayi