The Nigeria media has reported that Olivier Giroud struck in the 89th minute to earn Arsenal a 1-1 draw against Manchester United at Old Trafford.
And the Daily Trust reported that United looked destined for a home win after Juan Mata had given them the lead with a 68th-minute strike.

But with only two minutes of normal time remaining, two substitutes
made the difference for the visitors, as Alex Oxlade-Chamberlain
delivered a right-wing cross which Giroud powered past David De Gea.

Petr Cech was at full stretch to deny Mata, on 36 minutes, and twice
thwarted Anthony Martial before the interval, but the hosts took
the lead when Ander Herrera cut the ball back from the byline for Mata
to fire low past Cech.

Marcos Rojo should have made it 2-0 when he headed Daley Blind’s
cross wide of the goal but Arsenal’s first goal against a Mourinho side
for nine years in the Premier League, ensured the Gunners escaped with
a point.
Source: Daily Trust 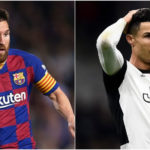 Reconsider the on-going policy to rename our chiefdom to Chikun Chiefdom. – Gbagyis in Kaduna appeals to Elrufai 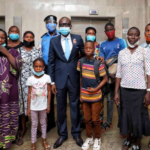