News reaching us that South African government through the environmental affairs department has approved the legal exportation of 800 skeletons of captive-bred lions to Asia this year, the government said Wednesday, meeting demand for the bones in parts of Asia while critics believe the policy threatens Africa’s wild lions.
According to the department in a statement, the lion bone quota meets international guidelines on wildlife trade and that its impact on wild lions is being assessed. It says it worries that a ban on the legal lion bone trade could lead to the illegal killing of wild lions for their bones.

“South Africa reiterates its concern that if the trade in bones originating from captive-bred lions is prohibited, lion bones may be sourced illegally from wild lion populations,” the department said.

Although some conservationists are not happy with the deal as they believe the legal trade may be fueling demand for bones, whether from captive-bred or wild lions. They also note that many of the captive-bred lions are killed paying clients in a practice described critics as “canned hunting.”
Before the deal, Panthera, a global conservation group in March, said that the South African government’s plans for a lion bone quota this year were “arbitrary and potentially devastating for wild lion and critically endangered tiger populations.”
The South African trade feeds “a growing market among upwardly mobile Asians for luxury products such as lion bone wine” and “has grown exponentially since 2007, as lion bones have begun to fill the demand for increasingly scarce tiger bones,” Panthera said.
However, critics are expecting the lion bone industry, which supplies a traditional medicine market to explore measures on how to protect the continent’s wild lions, which are under pressure from human encroachment and poaching.
Source: ABC News, L.Ikeji
Tagged: News 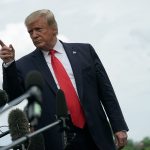 Buhari is not preparing for election, he’s only interested in rigging – PDP