In what appears to be a political big blow to the former Speaker of the Taraba State House of Assembly, Hon. Abel Peter Diah, the Assembly announced the dissolution of all its standing committees.

The decision to dissolve the committees was taking during a pleanery at the hallow chamber of the House of Assembly in Jalingo.

The Speaker Right Hon. Joseph Albasu Kunini who announced the dissolution also set up a select committee under his chairmanship while his deputy, Hon. Hamman Adama Abdullahi is the vice chairman.

The committee is saddles with the responsibilities of selecting leadership and membership of various committees in the House.

In a similar development, the House also approved all the councilor nominees recently submitted for Sardauna local government area to serve as members of care taker committee members in the area.

The list of nominees is made up of loyalists of member representing Gembu constituency in the Taraba State House of Assembly, Hon. Dr. Ahmed Jedua (PDP) and Alhaji Abubakar Bawa, Special Advisor to Governor Darius Dickson Ishaku on political matters and it indicates that loyalists of qformer Speaker Hon. Abel Peter Diah were deliberately excluded from the list.

Abel Diah resigned as the Speaker of the Taraba State House of Assembly late last year after intensive political pressures from those who see him as threat to their governorship ambition. 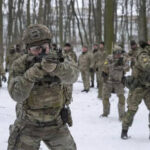 #security : Security concerns of our allies must be taken into account, talks must continue -NATO responds to Turkey’s block of Sweden and Finland’s membership 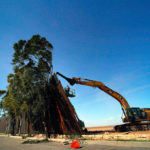 a bus plunged into River Rijana in Kaduna