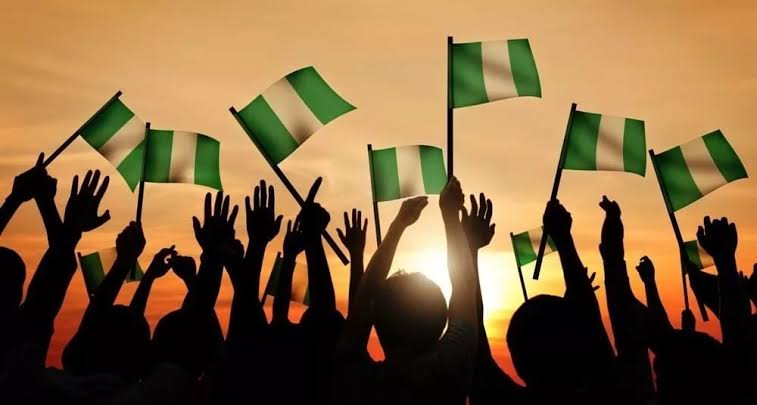 Democracy is derived from two Greek works. The first is “Demo” meaning people and “Kratos” meaning rule. Therefore, the term “Democracy” could rightfully be defined as a political system wherethe supreme powers to rule lies with the people. In essence, elections are conducted periodically to usher in new leaders of the country and other officials.

The journey of the fourth republic democracy in Nigeria began when General Abdulsalam Abubakar handed over power to Chief Olusegun Obasanjo on May 29, 1999 and since then; May 29 of every year has been set aside for handing over and to celebrate democracy not until recently it 12th June was announced to be the new democracy day. May 29 was the day the military handed over power to a democratically elected civilian government after a long stay of military in Nigerian politics and many aborted attempts and promises to return the country to civilian rule, which they never did until they were pursued out of power in 1999. It is a tradition that has been held annually, beginning in year 2000. 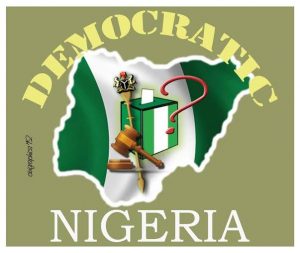 The history of democracy in Nigeria can be traced to 1922 under the Clifford Constitution where electeive positions were introduced in Lagos and Calabar. This was subjected to review until the country was finally granted independence in the year 1960 from Great Britain. Nigeria fell prey to the first of so many military coups on 15th of January, 1966, and then, a civil war covering the period of 1967-1970. Democracy was briefly restored from 1979 to 1983 to the country, though in its independent history, Nigeria was ruled a series of military juntas. The last major military ruler was General Sani Abacha, who died suddenly in 1998. Its successor was General Abdulsalami Abubakar who promised a transition to democracy.

As it was rightly stated above, the citizens in a democratic country are given the right to vote on political, social and economical issues, particularly the representatives they want to be in charge of making major decisions such as the president. This was rightfully displayed in 2019 Nigerian general election held on 23rd February 2019 to elect the president, vice president, House of Representative and the Senate. While on 9th March, 2019 gubernatorial and state assembly elections were conducted.

Separation of powers is a fundamental principle in the Nigerian democracy, which has brought about an impact in Nigerian democracy. This simply means, it helps prevent monopoly of ruling authority in Nigeria for the interest of its citizens. Separation of powers, therefore, refers to the division of government responsibilities into distinct branches to avoid tyranny and oppression. For instance, the three arms of government in Nigeria are the Executive, Legislative and Judicial. The executive branch is responsible for implementing and administering the major government decisions while the legislature enacts law. Nigeria is practicing presidential system of government with executive power vested in the hands of the Executive president. S/he also acts as the head of state and the head of government. The legislative branch of government is responsible for enacting the laws of the state; and appropriating the money necessary to operate the government. This body is held two chambers of legislature which are the House of Representatives and the Senate. Together, the two chambers make up the law making body in Nigeria, called the National Assembly which serves as a check to the Executive arm of government.

While the Judicial branch is responsible for interpreting the constitution and laws and applying their interpretations to controversies brought before it. The highest Judiciary arm of government in Nigeria is the Supreme Court of Nigeria, whose function is to interpret law.

We cannot deny that the impact of democracy on Nigerians has promoted equality among its citizens. We have a responsible and stable administration which brings the feeling of obligation towards the citizens. It has and is still impacting political socialization to Nigerians, which encompasses way in which people acquired values and opinions that shape their political stance and ideology. There is little growth in change as a result of a system employed known as checks and balances which make it possible for some people or part of an organization to control the others, so that no particular person or part has too much power or influence.

Other negative impact of democracy on Nigerians is that, it has permit or allow misuse of public funds and time. This is illustrated in the administration of the incumbent government. There is wastage of huge amount of time on formulating laws and a lot of money is spent during election. Incompetent and irresponsible leaders are not exempted, because we see them spend public funds for their own tours and recreation, thereabandoning a large number of masses in perpetual hardship. This is because democracy in Nigeria has engenders corruption. Majority of the leaders in office, have taken advantage of authority granted them the people for personal gains, putting the interest of masses behind their backs.

Election campaign involves immoral practices today because some candidates use their privileged positions to draw majority of votes, at the expense of trying to tarnish their opponents’ reputation. We find money and power being abused, when some candidates influenced people to abhor opposing parties.

In conclusion, it is important to note that every political system comes with its own challenge, Nigerian political atmosphere is characterized corruption, irresponsible leadership, unhealthy political rivalry, ethnicity and religious bigotry. 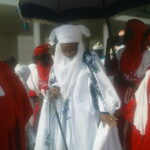 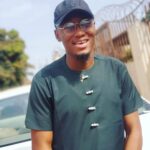 WEEKEND COUTURE: The styles and designs of Kanga Couture #TGIF 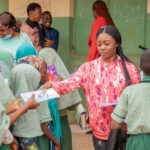 Recap of The Project, “Get The Child Back To School” 2022 byFace of IAMBESTNETWORKS