An 11-year-old girl was gang-raped seven boys, aged between 14 and 16
years, in two separate attacks in her village of Mawten, India. The
first attack took place in a field in December 2016 and the second
attack took place on January 13 2017 at her home.

The seven
boys, who have all confessed to the crime, are believed to live in the
same village as the victim. Police confirmed that six of the accused
were detained after the girl’s family reported the crimes to the police
in a written complaint.

A case has been registered against each
of the seven accused who have now confessed and they have all been sent
to a juvenile home. 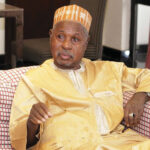