The Chairman of Board of Trustees, BoT, of the Peoples Democratic Party, PDP, Senator Walid Jibrin, has said that there is no plan the party to change its symbol, the umbrella.

He also said that the party’s slogan, “Power to the People” will not be tampered with, adding that any proposal on that will be turned down.

Senator Jibrin, who said this in a statement issued in Kaduna yesterday, also vowed that the BoT of the party will stand resolutely against the persecution of its members, including former governor in the name of fighting corruption.

Jibrin said, “The BoT is ever ready to stand against any plot to frame PDP leaders, including serving governors, past ministers, past governors and all members.

“Please keep the umbrella and our slogan ‘power to the people’ very intact,” he added while congratulating the national chairman of the party “for working hard towards making the party stable.”

He also revealed why members of the new BoT have not been constituted, saying it was because the party wanted to meet with the requirement in the amended constitution of the party.

The BoT chairman said he is working very hard with the state chairmen and “our six national vice chairmen to bring forth very able, responsible, experienced and respected members into BoT.

“Once the exercise is concluded, the new BoT members and already existing members will now be inaugurated,” he stated.

SEARCH
He also said that the party’s slogan, “Power to the People” will not be tampered with, adding that any proposal on that will be turned down. 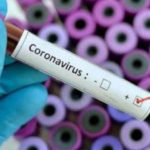 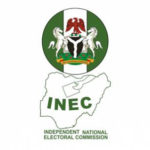