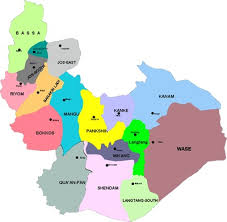 Report reaching us today that about four students of Capro Secondary Mission School located at Gana Ropp in the Barkin Ladi Local Government Area of Plateau State were abducted in the early hours of Thursday.

However, three of the students have escaped, while one is still in captivity.

The school is an arm of Calvary ministries and is about 60 kilometres from Jos, the state capital.

A global mission leader and President Para-Mallam Peace Foundation, Reverend Gideon Para-Mallam confirmed to Channels TV that the attackers broke the rear fence of the school where a hole was drilled to gain access into the school compound and abducted the students.

He further stated that the intervention of security agencies prevented what could have been another mass abduction as the assailants fled after realising the reinforcement of security in the area, Sahara Reporters reported.

Three of the students escaped as the abductors fled. Up untill now the Plateau State Police Command is yet to release a statement.