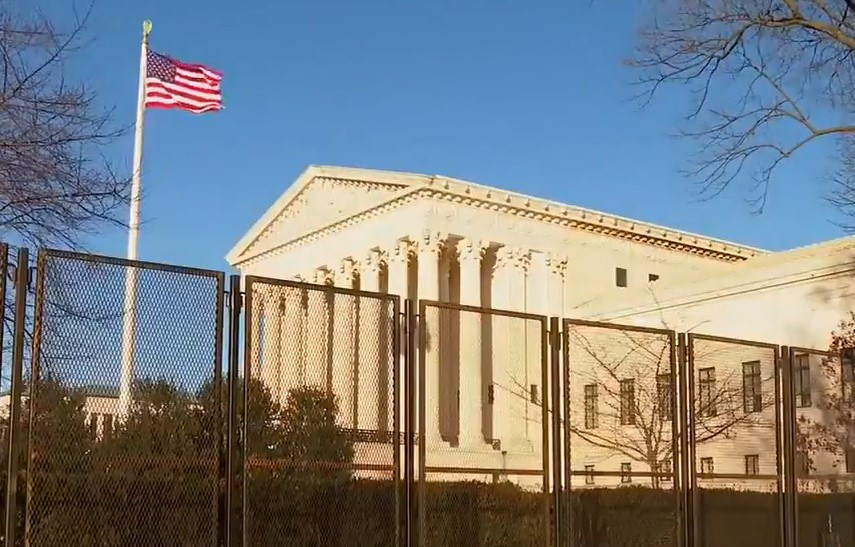 A “non-scaleable” fencing was erected around the United States’ Supreme Court late on Wednesday night, May 4, after another night of protests over the leaked draft decision to overturn Roe v Wade.

Regular bike-rack-style barricades first went up outside the Washington, DC legal institution on Monday May 2, after dueling protesters descended within minutes of the publication of a leaked draft opinion that suggested SCOTUS was poised to dismiss the 1973 decision that legalized abortion nationwide.

After three straight days of protests, workers were spotted late Wednesday erecting 8-feet non-scalable fences around the court, similar to the ring of steel set up after the Jan. 6 Capitol siege, Fox 5 said.

The US Capitol Police confirmed to Fox 5 that the fence was part of multi-agency efforts to “prepare for any potential demonstrations in the area of the Supreme Court, including adding additional officers in the area.”

There are fears of unrest after Politico published a leaked draft of an opinion that would undo the right to abortion set forth in the Roe v. Wade decision of 1973. The incident set off a firestorm, with street protests over the threat to abortion rights and outrage over the leak itself.

Justice Samuel Alito canceled an appearance at the U.S. Court of Appeals for the 5th Circuit’s judicial conference set to begin Thursday May 5, according to Reuters.

No reason was given, but the justice wrote the draft opinion circulated in February. Chief Justice John Roberts on Tuesday May 3, confirmed that the leaked draft published Monday night Politico was genuine, but stressed that “it does not represent a decision the Court or the final position of any member on the issues in the case.”

There are also speculations on if a liberal clerk leaked the draft as a kind of warning or if a conservative aide released it to lock in the majority and prevent flip-flops when the opinion is finalized and issued.

Some Democrats have responded urging Congress to pass a bill codifying Roe, but the Senate blocked just such a measure at the end of February, with Sen. Joe Manchin, D-W.Va., joining Republicans in opposing the bill.

States with Republican legislatures have passed laws restricting abortion, with Texas and Idaho passing laws allowing private citizens to file civil suits against individuals who aid or abet abortions after a fetal heartbeat is detected, at about six weeks of pregnancy. 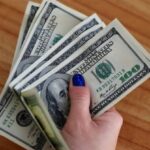 Naira crashes further to 590 against 1 dollar