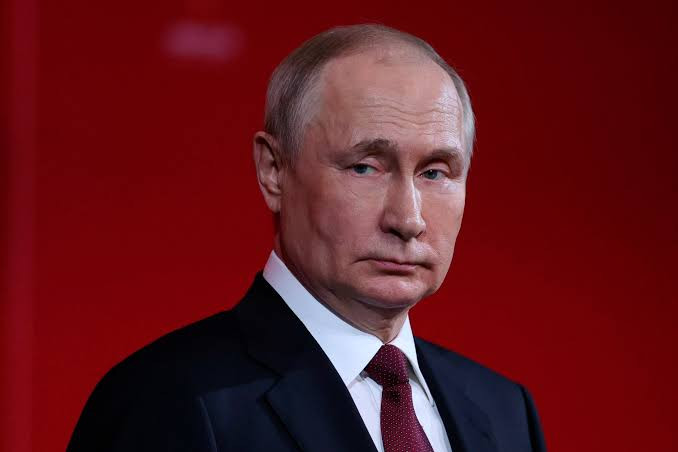 Russia says the West’s refusal to recognise “new territories” seized from Ukraine makes peace talks harder, after US President Joe Biden indicated he would be ready to meet Vladimir Putin if the Russian leader was looking for a way to end the war.

The Kremlin said it was open to negotiations, but will not fulfil the West’s demand to pull out of Ukraine.

Russia illegally annexed four Ukrainian regions at the end of September, even though it doesn’t militarily control any of them and nine months into its invasion, it has lost more than half the land it initially seized with Ukraine seizing back Kherson, Kharkiv and huge parts of Luhansk and Donetsk.

Speaking on Thursday night during a state visit of French president, Emmanuel Macron,  Biden told reporters that he was ready to meet the Russian leader “if in fact there is an interest in him deciding that he’s looking for a way to end the war”.

Standing beside him in the White House, France’s Emmanuel Macron made clear the two men had agreed they would never urge the Ukrainians to make a compromise “that will not be acceptable for them”.

On Friday December 2, German Chancellor Olaf Scholz spoke to President Putin for the first time since September. During the hour-long call, Berlin said the German leader had urged his counterpart to find a diplomatic solution that involved pulling Russian troops out of Ukraine “as soon as possible”.

The Kremlin said the German side had pushed for the call, and Putin had urged Berlin to “reconsider its approaches in the context of the Ukrainian events”.

Putin had drawn attention to the “destructive line of Western states including Germany”.  Kyiv however, completely rejected the idea of talks, the Kremlin added.

Kremlin Spokesman Dmitry Peskov told reporters that Putin remained open to talks aimed “to ensure our interests”. But Moscow was certainly not ready to accept US conditions: “What did President Biden say in fact? He said that negotiations are possible only after Putin leaves Ukraine.”

It complicated the search for a mutual basis for talks, he said, that the US did not recognise “new territories” in Ukraine.

Russian Foreign Minister, Sergei Lavrov complained that European countries had offered nothing serious so far in terms of mediation.

“Macron, the way, has been regularly stating over the last two weeks that he was planning a conversation with the Russian president,” he was quoted as saying, while adding that Russia had not had any signals via diplomatic channels.

Lavrov named former US Secretary of State John Kerry as the kind of figure who had in the past been able to solve problems and engage in true dialogue.

Also, Italian Foreign Minister Antonio Tajani said on Friday that the time had come to work for a just peace for Ukraine, but it had to come through independence for Kyiv and not its surrender. “The Kremlin must now give concrete signals instead of bombing the population,” he told La Repubblica newspaper.

“Buhari should not forget to inform CHOGM that back home, there is a national indignation and general vote of no confidence against his administration” – PDP tells Buhari