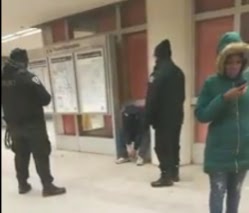 News reaching us that a Chicago man died on New Year’s eve while waiting at the Clark/Lake CTA Train Station in the Loop, police said.

Officers responded about 11:05 a.m. to a call of a person down at the station at 124 W. Lake St., according to Chicago Police. They found the 51-year-old unresponsive on the second-floor platform. He was taken to Northwestern Memorial Hospital, where he was pronounced dead, police said.An autopsy carried out on Sunday did not immediately determine a cause or manner of death. Further investigations are still being carried out, according to the Cook County medical examiner’s office.Meanwhile a passerfilmed the dead man’s body and claims the man froze to death while waiting for his train.Watch the video below.

I believe the James Comey leaks will be far more prevalent than anyone ever thought possible. – US president 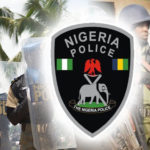