About 12 lecturers at Auchi Polytechnic in Edo state, have been sacked the National Board for Technical Education just after they were found guilty of giving high marks to their male students who offer them prostitutes or their girlfriends for sex. A report published in one of the National Dailies in April this year, exposed the activities of these randy lecturers.
The Executive secretary of NBTE, Masa’udu Kazaure, announced the sack of the lecturers at a press conference in Kaduna state today this morning.  He also disclosed that male students who can’t offer their girlfriends or prostitutes for higher mark, were asked to pay bribe between N10,000 and N20,000.

“The summary of the publication indicated that students hire prostitutes or beg their girlfriends to sleep with lecturers on their behalf in order to earn higher grades in their courses.

The lecturer chooses a hotel of his choice and the affected students pay the hotel bills, which include the meals before the action. Some of the lecturers give the option of paying cash, which cost between N10,000 and N20,000, which could give the student not more than a ‘C’ grade. We promptly informed the Minister of Education, Independent Corrupt Practices and other related offences Commission (ICPC), Economic and Financial Crime Commission (EFCC) and Department of Security Services (DSS). Consequently, the minister approved the dismissal from the services of the polytechnic two chief lecturers, two principal lecturers and one Lecturer I. Also, four chief lecturers, one Principal Lecturer, one Lecturer I, one Lecturer II and one Higher Technician had their appointments terminated.

The minister also approved the demotion of one Chief Lecturer, four principal lecturers, three senior lecturers, three Lecturer I, four Lecturer II, and one Senior Instructor. One Chief lecturer, one Principal Lecturer, one lecturer I, and one Lecturer II were warned, while a Chief lecturer and one Senior Technologist were advised to be of good conduct. In addition, two senior lecturers were cautioned, an Assistant Lecturer is to be mentored and one ND student is to be advised, while another student denied admission into the polytechnic.” 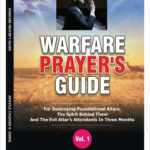 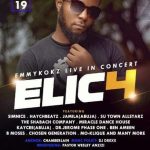