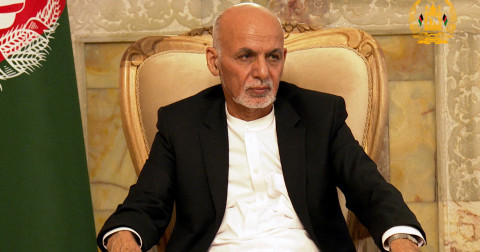 Afghanistan President, Ashraf Ghani has left the country as the Taliban prepare its last and final offensive into capital of Kabul.

Government officials, one from former President Hamid Karzai’s office and another an aide on the Afghan security council, told The Associated Press that Ghani departed the country on Sunday, August 15.

Ghani left along with his National Security Adviser Hamdullah Mohib and a second close associate.

The escape of Ghani comes after the Taliban captured US made helicopters and Russian made planes in preparation of an attack on Kabul, the country’s capital of 3 million people that houses the government and foreign embassies.

The Taliban said it would further enter Kabul on Sunday night after spending hours on the city’s outskirts. Reports from Kabul say local police have deserted their posts.

The breakdown of law and order in Afghanistan comes as a major foreign policy failure for Joe Biden who announced the withdrawal of US Troops from the country thereemboldening the militant group . After spending 20 years fighting the Taliban and training over 300,000 Afghan soldiers, the US still finds itself at stage one – a Taliban controlled countrythat could house Al-Qaeda terrorists who could plot attacks against the West.

In the past one week the Taliban has captured over 60 percent of the country and with the president fleeing, and foreign troops evacuating their Diplomatic staff, the total control of Afghanistan the Taliban is now a matter of when and not if.

Nigeria is in a big hole as a nation – Theophilus Danjuma