The Roman Catholic Pope, Pope Francis On Saturday evening, while addressing the Third World Meeting of Popular
Movements at the Vatican warned
against building ‘walls’, and he said tyranny doesn’t find support unless it
taps into people’s fears.

Donald Trump’s proposal to build a wall between the
United States and Mexico has been a major focus point of his campaign
mantra, but the Pope, without directly calling out the U.S Republican
presidential candidate, stated clearly that ‘all walls fall’, saying God
doesn’t want a life of enclosure of banishment for his children.
This is what he said in his words……

“No tyranny finds support without tapping into our fears,” Francis said.
“This is key. Hence, all tyranny is terrorist. And when this terror —
which was sown in the peripheries, with the massacres, looting,
oppression and injustice — explodes in centers with different forms of
violence, even hateful and cowardly attacks, citizens who still retain
some rights are tempted to the false security of physical or social
walls.
“Walls that enclose some and banish others.


Walled citizens, terrified on one side, excluded, exiled, and still more
terrified on the other. Is that the life that our Father God wants for
their children?
“Dear brothers and sisters — all walls fall. All of them. Do not be
fooled.”

President/Presidency is not meant to be a tourist attraction… – FFK 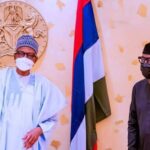 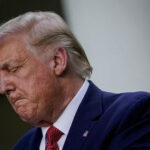