Wenger was unable to defeat Mourinho in the Premier League all through his years in the helm of affairs at Chelsea but the French will be hoping to ambush the Portugese at the Old Trafford Saturday afternoon.

The Gunners are unbeaten since August and within two points of top spot, having brought in the likes of Shkodran Mustafi and Granit Xhaka in the summer while Manchester United sit in the 6th position.

United vs Arsenal games are always tense affairs and, with the Reds fighting to close a six-point gap on the visitors, this meeting should prove no different.

The Gunners have won seven of their matches in the Premier League this season while drawing three and losing one against Manchester United’s five wins, three draws and three losses.

Old Trafford provided the backdrop for some of Parlour’s biggest highs and lows as an Arsenal player, a 1-0 win in May 2002 securing a Premier League and FA Cup Double barely a year on from a humiliating 6-1 defeat.

“People were always waiting for that big centre forward, but the key signings for me were Mustafi and Xhaka. Those two down the spine have been very strong, especially Mustafi who’s come in next to Koscielny at the back.

it’s such a competitive league and this will be a big test. If they’re going to win the title, they have to go to places like Old Trafford and try to get a result.”

United could have a few absentees on Saturday. One man who is definitely out is Zlatan Ibrahimovic, who is suspended for one game after picking up his fifth booking of the season against Swansea. The Swede’s absence means the likes of Rashford, Anthony Martial and Wayne Rooney could feature up front, though the captain will be assessed after missing England’s friendly against Spain with a minor knee injury.

Eric Bailly and Antonio Valencia are still sidelined and Marouane Fellaini (calf) is doubtful, while both Chris Smalling and Luke Shaw remained at the Aon Training Complex during the international break after missing the win at Swansea.

Is Alexis Sanchez fit for Arsenal? It looks like it. The powerful forward suffered a muscle injury while training with Chile but scored twice in his country’s World Cup qualifying win over Uruguay on Tuesday, so he seems likely to be involved this weekend. But Wenger is set to be without Hector Bellerin, Santi Cazorla, Per Mertesacker and former Reds striker Danny Welbeck.

Manchester United have lost just one of their last 10 Premier League matches against Arsenal, a 3-0 loss at the Emirates in October 2015 (W6 D3).

Arsenal have gone over 10 years without a league victory at Old Trafford, last beating the Red Devils in September 2006 thanks to an Emmanuel Adebayor winner (D2 L7).

The rivalry is a long and storied one. After first meeting back in 1894 as Newton Heath and Woolwich Arsenal, the clubs have faced each other 223 times in total, with United winning 94, drawing 49 and losing 80.

There have been some famous clashes in Manchester in recent years including a dramatic end to the Gunners’ unbeaten 49-game run in 2004 and, of course, who can forget the incredible 8-2 win for Sir Alex Ferguson and his team in 2011?

The North London outfit may have wrapped up the title at Old Trafford in 2002 but they haven’t won at United’s ground in the league for 10 long years. 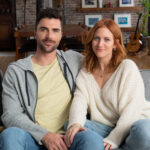 There is corruption everywhere – ASA to Buhari on media