Atletico Madrid are ready to make Antoine Griezmann a huge contract offer in an attempt to stop him leaving this summer.Superstar forward Griezmann is a big-money target for La Liga rivals Barcelona for the coming transfer window, while Manchester United are also keeping an eye on developments as they are long-term admirers.However, Atletico are refusing to let him go without a fight and, despite also giving him a new deal last summer, they are willing to go over the £300,000-a-week mark to keep their prize asset.Coach Diego Simeone pledged his own future to the club last weekend and it is thought that part of his promise is that he has been told they will fight to keep Griezmann.Barcelona will go big this summer to try to sign the France international as the centrepiece of their rebuilding plans.Griezmann has a huge buy-out clause, but it is thought it reduces to around £100m this summer and Barca are desperate to get their main target.However, Atletico are battling to hang onto him and losing the 27-year-old to a direct competitor would be a bitter blow.
Source: Daily Trust 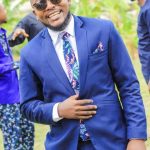