In a statement issued his Special Assistant on Public Communications and New Media, Lere Olayinka, Governor Fayose alleged that; “There is plan to charge Apostle Suleiman and Bishop Oyedepo for incitement and attempt to cause public disorder on Friday, and make sure that they are not granted so to get them remanded in Kuje Prison perpetually.”
He said this plan was to humiliate these men of God as well as silence them and create fear in other people that may want to speak against the heinous crime against humanity being committed daily while perpetrators are being shielded the federal government. According to Fayose, the DSS should tell Nigerians how many of the Fulani herdsmen that killed thousands of Nigerians across the country have been arrested before going after Nigerians who merely expressed their frustration over the to failure of the federal government to protect them.
“Even though the DSS has allowed commonsense to prevail properly inviting Apostle Suleiman as against the gestapo manner with which the service attempted to abduct him last week Wednesday, it is still questionable that the DSS is more interested in a man who threatened to defend himself against any attack Fulani herdsmen rather than those herdsmen that murdered thousands of Nigerians. It is sad and worrisome that after muzzling opposition politicians, judiciary and the press, the APC led federal government has taking its desperation to suppress dissenting voices in the country to the House of God. If the DSS had acted swiftly like it is doing on Apostle Suleiman so-called inciting comments when people were being killed herdsmen across the country, so many lives would have been saved.”
He advised the government and the DSS not to go ahead with these plans as it will heat up the polity and threaten the peaceful coexistence of Nigerians, calling on well meaning Nigerians to prevail on the federal government to desist from acts capable of throwing the country into further crisis.
Governor Fayose, who reiterated his call for the release of the head of Nigeria’s Islamic Movement (IMN), Ibrahim El-Zakzaky, who has been in detention since late 2015 despite that the court ruled that he should be released, affirmed that “he will continue to stand for Nigeria and its people, not for any religion and it is my position that rights of all Nigerians must be respected and protected.”
He urged the APC led federal government to pay attention to the economy it destroyed, with the aim to revamping it and saving Nigerians from the hunger ravaging the land.
“Nigeria is already being ravaged war of hunger, economic recession, job loss and lack of leadership direction. It will be disastrous for the country to be plunged into religious crisis. Apart from during the civil war, Nigerians have not been badly divided as a nation as we are under the President Muhammadu Buhari administration. Killings under this government in 18 months are more than what was witnessed in the last 20 years,” the governor said.
Source: L. I 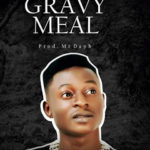 Why we removed VAT from air fares – FG