Pastor Misheal Tomizayi
“There hath no temptation taken you but such as is common to man: but God is faithful, who will not suffer you to be tempted above that ye are able; but will with the temptation also make a way to escape, that ye may be able to bear it.” (1 Corinthians 10:13).

The issues troubling your life may seem to defy solution today, but if you persist in your attempt to find lasting solutions, you will eventually get them. Your persistence will wear out the enemies resistance. My advice is this: BARK BACK at every temptation TRYING AGAIN.

The woman with the issue of blood had tried all there were to do but to no avail. She decided to try Jesus. Elijah prayed for rain but it did not come. He prayed again and again until the seventh time. The cloud formed and rain fell (1 Kings 18:42-44). Samson became a prisoner to the philistines, but he called on God again at his death and he killed more philistines than he had killed earlier in his lifetime (Judges 16:28-30).

It is not possible to walk backward into the future. Until you let go of the past failures, you can never lay hold on the future success. Never use your history to predict your destiny. Never judge a man’s future his present circumstance. To BARK BACK at your temptation, fuel your conviction to secure a possession for your destiny. History are re-written when you loose no courage in trying again.
When time meet purpose, destiny is fulfilled.

PRAYER: Father, Empower me with the courage to Bark Back at every life fulfilling hindrance today in Jesus’Name.

PROPHETIC DECLARATION: I Prophesy the courage to resist every spell and snare of the enemy against your life assignment in Jesus’Name.
-Pastor Misheal Tomizayi 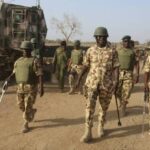 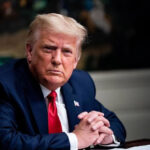