He has named Mohammed Umar as new secretary to the state government, acoording to a statement released his press secretary Abubakar Al-Sadique.
Umar’s appointment takes effect immediately, after the sack of all commissioners and advisers.
Only his special security adviser Brig-Gen Ladan Yusuf retains his position.
Governor Abubakar had earlier during the day held an Executive Council meeting where he announced the dissolution of the cabinet and thanked members of the cabinet for their contributions to the development of Bauchi State.
Speculations about the planned reshufflement within the state political circle had been on for over two months‎.
The governor had earlier effected a minor cabinet reshuffle some months ago when some of his commissioner were re assigned portfolios and posted to other ministries.
Bauchi’s new SSG
The new Secretary to the State Government, Umar was born in Dambam of Bauchi State on December 31st, 1954.
He attended Government Secondary School Azare, and later studied Law at the Ahmadu Bello University, Zaria, and thereafter proceeded Nigerian Law School in 1980.
He worked with Bauchi State ministry of Justice as Legal Officer from 1978 to 1980, before moving to Bauchi State Investment and Property Development Company as Assistant Company Secretary/Legal Adviser from 1980 to 1984.
He was also at the New Africa Merchant Bank Limited as Secretary, and later General Manager/Bank Secretary.
The new SSG was at the Cotton and Agricultural Processors between 1996 and 1999 when he was appointed Secretary to the Government of Bauchi State from 1999 to 2006 when he resigned.
Source: Daily Trust
Tagged: News 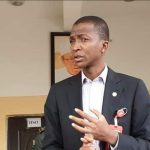