The Nigeria Senate yesterday began a move to enact a law to ban street begging in the country.
The move was sponsored Senator Isah Hamma
Misau (APC, Bauchi Central), he tagged  it “menace of street begging and need
to rehabilitate beggars”.
This is what Misau said yesterday
“Though street begging is a global urban problem, the situation in
Nigeria appears intractable and overwhelming as beggars are now found
everywhere especially at motor parks, religious centres, road junctions,
venue of ceremonies and other public places,”
The  Deputy Senate President, Ike Ekweremadu who was in charge yesterday said in his words “the motion should be sustained in addition to the bill. He
said the culture that encourages street begging must be reversed”
Tagged: News

#EndSARS protest was to remove me from office —Buhari 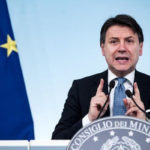