The
Indigenous People of Biafra (IPOB) has accused Mark Zuckerberg, the CEO
of Facebook, of allegedly ordering the removal of the Radio Biafra page
from his platform.

IPOB told Zuckerberg that God will set an example with him for aligning with President Buhari to oppress them.

The
group also accused the Facebook owner of suppressing freedom of speech
and expression, adding that he will see the judgement of God upon him.

IPOB
in a statement obtained from Daily Post, said “Mark Zuckerberg, a Jew,
who should know about the horrors of fascism and genocide, is helping an
Islamist Buhari to continue the mass murder of innocent Biafrans.

“Radio
Biafra London before its shut down Zuckerberg who visited Buhari
recently, was the biggest and most vibrant discussion forum on facebook
with nearly 1 million members.

“Why a man whose family benefited
from the freedoms and opportunities the land of the free USA had to
offer can turn around to brutally suppress freedom of speech and
expression is beyond human understanding.

“Facebook has made
itself the wiling tool of repressive regimes and psychopathic murderers
in power such as Major-General Muhammadu Buhari the Nigerian ruler.

“Mark
Zuckerberg must know that the day he cut the deal with Buhari at Aso
Rock his Facebook satellite was destroyed at the launch pad.

“That
was a sign from the Most High that he should stay out of this battle
between good and evil. Now that you have sided with the Devil, Mr.
Zuckerberg, you will see the judgement of God upon you.

“The God
we serve will set an example with you that mankind may know that HE is
the God of Biafrans. If you do not turn back from your evil ways.

“Look
at Nigeria today and know that God’s anger is upon her and her leaders
because they dared to arrest Nnamdi Kanu. Satlink Israel lost their
satellite because Buhari persuaded them to remove Radio Biafra satellite
radio broadcast from their services.

“Nobody comes against IPOB and survives it. We urge you to retrace your steps and reinstall Radio Biafra London Facebook group.”
Source: Praizjambzblog

El-rufai Moves Against Dunamis Churches In Kaduna. Set To Demolish Them. 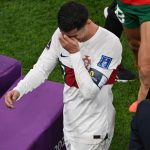