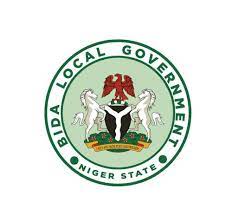 The Local Government Area (LGA) Chairman of Niger State, Dr Suleiman Sheshi has been suspended councillors in the LGA.

The lawmakers in a letter dated November 8, 2021 and addressed to the governor of the state, Abubakar Sani Bello, said the council chairman was suspended for six months for three offences which include alleged misappropriation of local government funds and execution of projects without seeking approval of the legislature.
It read in part;

“The Executive Chairman is misappropriating the Local Government funds without the consent and approval of the legislative house.”

A letter of suspension which was endorsed and signed by12 out of the 14 councillors in the council, has been sent to the State House of Assembly, Ministry for Local Government, security agencies among others.

Harrison Chinedu, a footballer, cycled a total of 103.6 kilometers across Lagos without dropping the ball.

According to president Buhari, “Nigeria’s agricultural revolution is still on course’