Boko Haram recently launched a vicious attack which removed Maiduguri from the national electricity grid and also led to the burning of a United Nations’ facilityin Ngala, Borno state.

Spokesperson of the Transmission Company of Nigeria (TCN), Ndidi Mbah who confirmed the attack on Monday January 20, disclosed that they are working to restore electricity as the electricity equipment serving the state capital and its environs were damaged.

“The Transmission Company of Nigeria hereinform the public that Maiduguri and its environs have been cut off from the National Grid since January 17, 2020, due to damages to TCN’s equipment insurgents.

“TCN has located the fault on the Maiduguri – Damaturu line and has arranged to repair the line. Bulk electricity would be restored to Maiduguri on or before January 20, 2020.

“TCN pledges to continue to work to ensure bulk electricity transmission and grid expansion nationwide. The company wishes to use this opportunity to commend the Nigeria Armed Forces for their continued support especially in areas prone to insecurity.

“TCN regrets inconveniences caused this problem to electricity consumers in the affected areas.”

The United Nations humanitarian coordinator in Nigeria, Edward Kallon who also confirmed the attack that led to the burning of an entire section of its facility and one of the few vehicles UN agencies rely on for movement and aid delivery, said it was a direct target of a complex assault “heavily armed non-state armed groups operatives”.

Kallon also revealed that staff of the international humanitarian agency were saved from being attacked due to protective security measures they deployed.

“I am outraged the extremely violent attack on this key humanitarian facility where five United Nations staff were staying at the time of the incident.

“I am shocked the violence and intensity of this attack, which is the latest of too many incidents directly targeting humanitarian actors and the assistance we provide. I am relieved all staff is now safe and secure. Aid workers, humanitarian facilities and assets cannot be a target and must be protected and respected at all times.

“Such incidents have a disastrous effect on the lives of the most vulnerable people who depend on our assistance to survive. Many of them had already fled violence in their area of origin and were hoping to find safety and assistance in Ngala. This also jeopardises the ability for aid workers to stay and deliver assistance to the people most in need in remote areas in Borno State.

“I call on all parties to the conflict to respect the principles of humanity, neutrality, independence and impartiality which guide the assistance the humanitarian community delivers in the states of Borno, Adamawa and Yobe.” 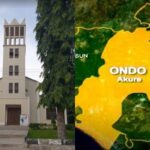 Bandits kill over 50 in Ondo Catholic Church during church service 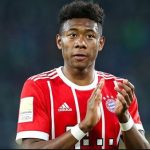 Sports: Bayern Munich star, David Alaba opens up on how his refusal to pay bribe stopped him from playing for Nigeria 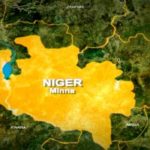