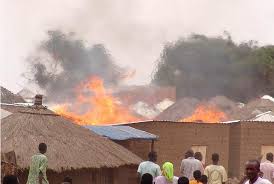 A statement released the National Emergency Management Agency NEMA, Northeast Information Officer, Malam Abdulkadir Ibrahim, disclosed that the fire incidents were recorded at Flatari and Nguro camps in Monguno on Saturday. 28 shelters were destroyed at Flatari camp, affecting 20 households while 120 shelters were  razed and 77 households displaced at Nguro in the fire disaster.

Ibrahim added that about 371 persons were displaced in the fire outbreaks recorded in the two camps. 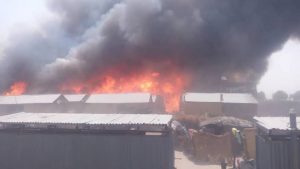