No fewer than seven persons lost their lives in a fresh attack by
Boko Haram members in Mildo community in Madagali, Adamawa state today
August 2nd.
The sect members reportedly sneaked into the community
through Chakawa village yesterday night and began killing and burning
houses. Confirming the attack, the state commissioner for Information,
Ahmed Sajoh, said seven men including a Boko Haram member were killed in
the attack.

Boko Haram members had in 2014 occupied Madagali before it was taken over the military in 2015.
source: L.Ikeji 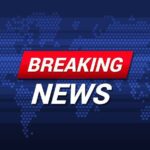