Our correspondent gathered from a WhatsApp group – ” The Universal Gbagyi” this evening that there is a serious situation in Kaduna that needs  Urgent Security Intervention.

The writer of this report in the WhatsApp group Sumner Shagari Sambo said  “armed attacks have been confirmed locals in Rumanan-Gbagyi, a community under Birnin-Gwari local government but which also shares border with Zonkoru in Chikun local government areas of Kaduna state.

Speaking with journalists over the phone, one of those whose family is affected, David Madami, confirmed the attacks saying over five persons sustained gunshot wounds with one person, Rabiu Nababa Zonkoru, losing his life to the rampaging armed bandits who also stole an unknown number of cattle.

Madami gave the names of those shot the attackers and taken to a hospital in Buruku as Isaac Yari, a medical student with Kaduna State University, KASU; Nuhu Gida, Luka Auta, and Saidu Sarki.

The locals are urgently asking for intervention the Kaduna state government and security forces to contain the attacks which left many villagers running into the bushes to save themselves. Rumanan-Gbagyi is under Buruku police division.

Rumanan-Gbagyi is about six kilometres away from the Kaduna-Birnin-Gwari federal highway otherwise known as Lagos road.”

“My preference is always to manage Arsenal and I have shown that.” – Wenger, Arsenal’s Manager

Army raided an evolving Boko Haram terrorists cell at Mokwa and its environs in Niger State. 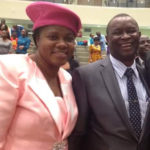