News reaching us now that 82 more Chibok school girls have been released Boko Haram deadly sect. This girl were in captive for three years, and released today following negotiations between the Buhari-led administration and the sect members.
The recently released girls are now in Bnaki, Borno state. The girls were abducted on April 14th 2014 at their school in Chibok.
Vice President Yemi Osinbajo in a recent media chat disclosed that the government was still intensifying its negotiations with the sect members for the release of the remaining girls in captivity. 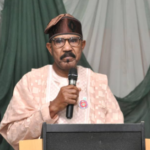 Those who are criticizing President Buhari for asking the World Bank to focus on the Northeast are ignorant. – SSA to Buhari