Just today, 4th February 2018 Nigeria media on the internet shared a statement said to have been released former military president IBB asking Buhari not to contest come 2019.
Not long ago same today 4th February 2018 another statement has been released the said Former military president denying writing that statement. He said, as an elder statesman, he has ways of channelling issues to Buhari and not via such write ups. Read below….

My attention has been drawn to a report making rounds especially online in which I was quoted as advising Nigerians not to vote for President Muhammadu Buhari in the coming 2019 election.
Not only is the said statement untrue, it is in its entirety, an inaccurate representation  of my view of the state of our dear Nation.
As a former President and an elder statesman, I have existing communication channels through which I reach out to President Muhammadu Buhari on topical issues of national importance, should there be the need so to do.
The media,  both online or mainstream and indeed the unsuspecting public are advised to disregard such false reports.
Thank you and God Bless you all.
Gen. Ibrahim Badamasi Babangida (Rtd) (GCON)
Former Military President Federal Republic of Nigeria
Hilltop Mansion
Minna, Niger state.
4th February 2018 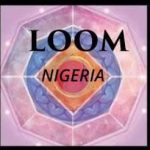 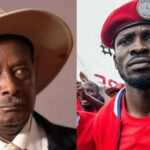 Uganda Election: EU and US call for probe