Minister of Information and Culture, Lai Mohammed, has said the
Buhari Administration is working and the results are showing in the
various sectors of the economy. The Minister stated this at the 4th
Annual Conference of the Association of Communication Scholars and
Professionals of Nigeria (ACSPN) in Kano on Wednesday, noting that
pulling Nigeria out of recession was not accident.

“Taking Nigeria out of recession did not happen accident. It is
the culmination of months of hard work the Administration and
fidelity to its well-articulated economic policies, especially the
Strategic Implementation Economic Recovery (2016) and the Growth Plan
(ERGP) that was launched on 5th April, 2017,” he said.

Alhaji Mohammed listed some of the ”incrementally-positive steps”
that got Nigeria out of recession as including the reversal of the
consistent slowdown since 20014 to a level where the GDP finally grew by
0.55% in the second quarter of 2017. This positive growth is
attributable to both the oil and non-oil sectors of the economy. Growth
in the oil sector, which has been negative since Q4 2015, was positive
in Q2 2017. It rose 1.64% as compared to -15.60 in Q1 2017, an
increase of up to 17 percentage points. The non-oil sector grew 0.45%
in Q2 2017, a second successive quarterly growth after growing 0.72% in
Q1 2017. In particular, improvement in the non-oil sector was driven
principally strong growth in agriculture and solid minerals sector,
and reversal in the previous contraction of the manufacturing and
construction sector. This shows that the government’s economic
diversification programme is working,” he said.

He also listed some of the various impactful programmes of the
Administration as including the National Home Grown School Feeding
Programme, which today feeds 3,065,000 pupils in 14 states of the
Federation pupils and has employed 36,000 Cooks across the country; the
Conditional Cash Transfer that has seen about over 30,000 households
benefit from the N5,000 monthly stipend; the Government Enterprise and
Empowerment Programme under which about 120,000 people have benefited
from the cooperative loans; and the N-power that has employed 200,000
people.

He said the high food prices are being addressed with appropriate monetary, fiscal and trade policies, as stated in the ERGP.

Alhaji Mohammed reiterated his earlier statement that the purveyors
of hate speech, fake news and disinformation are working hard to
obliterate the glaring achievements of the Administration.

”To naysayers, these positive developments do not constitute news.
That’s why they make up their own fake news, and engage in
disinformation and hate speech. They believe that seeking to
overwhelm the polity with fake news, disinformation and hate speech,
they can easily obliterate the glaring achievements of the Buhari
Administration. We must not allow them to dominate the media space,” he
said 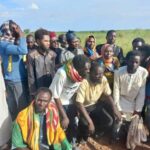