President Muhammadu Buhari has sacked a Permanent Secretary, who has been using his office to defraud the Federal Government awarding contracts worth billions of Naira to himself through the award of phantom contracts.The yet to be identified secretary, who was appointed Buhari in 2015, was dismissed on Tuesday, on the orders of the President.
He was driven out of the Federal Secretariat in Abuja two police officers following his dismissal.
A Presidency source confirmed that the President ordered the immediate removal of the top civil servant, who presided over the affairs of one of the strategic ministries handling intervention programmes in the country following evidence that he awarded contracts to companies belonging to him.
It was learned that the illicit activities of permanent secretary were exposed key officials of the ministry to security agencies for investigations.
One of the security agency officials,  who spoke to Vanguard confirmed the Permanent secretary dismissal saying:

“We have been monitoring the man and the various companies being used him to siphon huge sums of money from the ministry, which handles intervention programmes in the Niger Delta region but he has been very smart and suspicious of our movement, theremaking it impossible for us to arrest him despite the ambush we laid for him and his cronies.

‘But Mr. President did not waste time in asking the Head of Service of the Federation to sack the man with immediate effect as soon as he got to know that the man had used over 500 companies to award fake contracts to himself and move huge sums of money from the ministry in question.”

‘In fact, the discovery of the large-scale fraud in the ministry, which has suffered a lot of project failure and the subsequent sacking of the permanent secretary Mr. President, followed a painstaking investigation the anti-corruption agencies, which will soon charge the man to court,’ the source added. 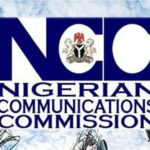