A blogger called Linda has reported that and “Jennifer Palmieri who is a top aide to Democratic presidential nominee
Hillary Clinton is under fire from Catholic groups for the remarks she
made in hacked emails published WikiLeaks. In the emails she mocked
Catholics and Evangelicals saying:

“I imagine they think it is the most socially acceptable politically
conservative religion,” she wrote. “Their rich friends wouldn’t
understand if they became evangelicals.”

One of the Catholic groups has asked for Palmieri, who is Hillary Clinton’s communications director  to resign.

The Catholic League, an anti-defamation organization, lashed out at the Clinton campaign for the exchange saying in a statement:

“These anti-Catholic remarks are bad enough but it makes one wonder what
else Clinton’s chiefs and others associated with the campaign are
saying about Catholics and Catholicism”.

“Everyone has a unique faith journey, and it’s just insulting to make
blanket statements maligning people’s motives for converting to another
faith tradition,” Brian Burch, the group’s president, said in a
statement. “Had Palmieri spoken this way about other groups she would
dismissed. Catholics will be watching Hillary Clinton to see whether she
thinks our religious faith should be respected, or whether it’s fair
game to mock us.” 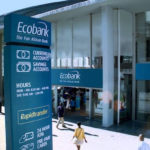