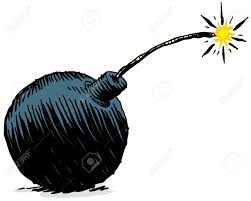 There is tension in Christchurch after a package containing a suspected explosive device and ammunition was found at a house in the Phillipstown area of Christchurch, New Zealand, early this morning.

A huge police operation is currently underway following the discovery. A bomb disposal team, ambulance and fire and emergency crews are at the scene.

The suspicious package was found in an empty property and has since been made safe The New Zealand Defence Force Explosive Ordnance Disposal unit, Mirror UK reports.

Nearhouses were evacuated as a precaution, while several officers and a police dog were seen going inside the house at the centre of the threat. A no-fly zone was also put in place over the area.

A 33-year-old man has been arrested and is “currently speaking to police”.

“Members of the community are asked to continue to report any concerning behaviour or activity in their neighbourhoods as we all work together to ensure the safety of our community.”

The bomb scare comes weeks after 50 Muslims were killed in an attack carried out a gunman on two mosques in the city.

A spokesman for the St John Ambulance service said an ambulance was on standat the request of police but had not treated any patients during today’s incident.