Clement Jonah a Gbagyi Gospel lyrical rapper popularly known as Clem-J born in the late 90s 19th may. He attended Government Science College Izom and IBB University Lapai, Niger State.
Clem-J is not new to the music industry as he has made impact in the lives of people and their are testimonies from his previous works he has done. Clem-J has worked with superstars like  Sheqdee, GT da Rapman, Psalm Dee and many others…. One of his song – “Salute” is making waves and still trending. One thing I like about Clem-J is that,  his lyrics are not just word play but they come with divine revelation.
Ckem-J will very soon be dropping a new single titled – ” RUNTOWN”. This song is for every one and for all seasons… I trust that this song will be the best you’ll ever hear. Anticipate for Clem-J’s RunTown, a hot beautiful song…. Its coming soon!!! Save your data. #Clem-J #Runtown 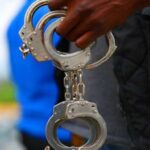