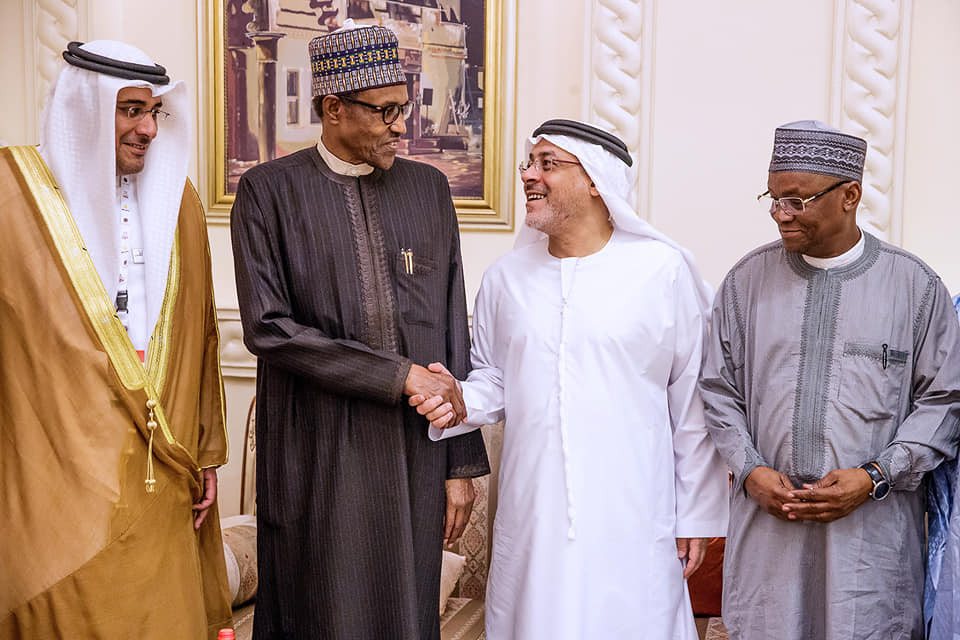 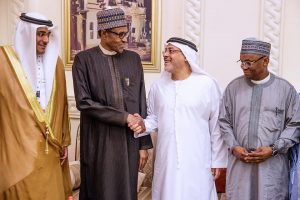 Today, President Buhari met with six different groups of investors at the sidelines of the Annual Investment Meeting in Dubai, United Arab Emirates. He had a message for them all: Come to Nigeria and prosper. Come and have handsome returns on your investments, within the shortest possible time.

Sheikh Ahmed Al Maktoum is a member of the Dubai ruling family. He is also a private investor and member of several boards of companies, both state owned and private. He is interested in establishing a power plant in Lagos, and studies have already been completed.

Lulu Group operates a chain of supermarkets in the Middle East and Asia. Mr Yusuff Alli, Chairman of the group, told President Buhari that the outfit, with headquarters in Abu Dhabi, has over 164 supermarkets and shopping malls. It employs over 50,000 people. The interest is to work with Nigerian farmers, using local produce to ensure food security. Quality, affordability and hygiene are the watchwords of the company.

Apart from power, the company, which owns Rotana Hotel chain, is also interested in the hospitality sector in Nigeria. Also on cue was Sheikh Ali Rashid Lootah, Chairman, Nakheel Properties and Limitless Group.

One of the world’s leading developers and a major contributor to Dubai’s real estate transformation, the company’s current and future retail project portfolio covers nearly 17 million square feet of leasable space. They are keen to expand their investments in Nigeria.

Abu Dhabi Fund for Development (ADFD) has supported over 66 projects in 29 African countries. They include rural solar power and water projects, and that was the focus of the discussion, as Sheikh Mohammed Saif Al Suwaidi, the CEO, met with President Buhari.

The bilateral sessions were not concluded, till the Nigerian president had met with Mr Jitender Sachdeva, CEO Skipperseil Group. An integrated energy company with operations in the manufacturing of substation equipment, discussions were on engineering processing, construction of transmission lines and substations for utilities, institutions and industries. The company’s CEO expressed delight at meeting with President Buhari, and looked forward to doing good business in Nigeria. 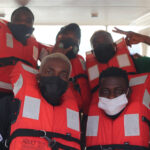 NANS releases a statement intimating the President of Nigeria on current isssues. Read…