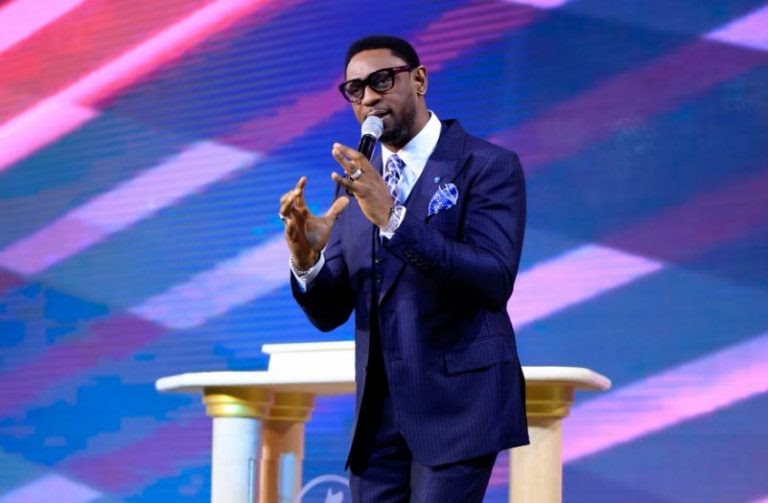 I write this article to the body of Christ with a heavy heart following the recent video released Busola Dakolo on social media. The dangers of dishonouring fathers is scary and those who exposes the nakedness of their fathers never escape the curses that follows dishonour to fathers. I believe many may have differing opinion about this publication but I pray God help you to see through my eyes what I have to say regarding this subject matter. Scripture makes it clear saying we should rather honour our fathers and mothers that it may be well with us and so we could live long.

It is an important principle to honour fathers. Ham, the son of Noah, broke this principle and dishonoured his father. It is the curse that followed Ham that governs large sections of the world’s population.
Across the world, the inability of the black man to rise above the state of servanthood can only be explained a curse. Others may differ in their view and I can handle that, but I find it difficult to explain the state of Africa and black people, in general, except interpreting it as the curse of Ham. This severe curse came about when a young man forgot the contribution his father had made to his existence.
And Ham, the father of Canaan, saw the nakedness of his father, and told his two brethren without. (Genesis 9:22)
Ham forgot that it was his father, Noah, who heard from God and obeyed the call.
Ham forgot that he did not know God well enough to hear the voice that commanded to build an ark.
Ham forgot that if his father had not built the ark he would have drowned along with the rest of the world.
By faith Noah, being warned of God of things not seen as yet, moved with fear, prepared an ark to the saving of his house; which he condemned the world, and became heir of the righteousness which is faith. Hebrews 11:7
Ham forgot that God had judged Noah to be a righteous man. “But Noah found grace in the eyes of the Lord” (Genesis 6:8). Ham forgot that he was alive only because of his “drunken” father whom God found righteous.
Ham forgot that every man of God has a right to be naked in his own tent.
Ham forgot that he himself was, sometimes, naked in his own tent.
He forgot too many things and he paid dearly for his lack of remembrance. Today, the black man can scarcely rise out of the waters of worldwide despisement.
REMEMBER the days of old, consider the years of many generations: ask thy father, and he will shew thee; thy elders, and they will tell thee. (Deuteronomy 32:7)
Young people often make the mistake of thinking that everything old is useless “when I say old I mean to say what happened to Ham”. Remembering the days of old is what we call studying history. I know of no subject that is more important than the study of history! History repeats itself in cycles!
Events just repeat themselves. History repeats itself. Studying history will help you know the future. The future is not determined what you expect or the principles you have put in place.
When human beings follow their instincts mindlessly, they create cycles and trends of their own. The trends of human life are difficult to predict except you study history.
Human history is determined more man’s jealousies, hatred, lust and malice than anything else. These invisible “rivers” lead to certain patterns that are difficult to predict unless you study history. Anyone who does not study history will be surprised at life. This is why God’s instruction is to remember the days of old.

I like to say at this point that pastors are human, and they also make mistakes. I want to at this point make it very clear that I do not support immorality and neither will I encourage anyone to engage in such. The allegations going on concerning Pastor Biodun of COZA, I like to say that we must hold on to what is good and that we must prove all voices. If we swallow every words released from the media hook, line and sinker, we will soon find ourselves gobbling down garbage and bringing shame to the body of Christ.

OH, HOW ARE THE MIGHTY FALLEN
For years jealous Saul, tried his best to end David’s life. David spent many years in the Judean wilderness all because someone could only see him as competition. David didn’t feel the same way; he had more than one opportunity to take Saul’s life, but time after time David said he would not touch God’s anointed. You might be wondering why and how David could still call Saul God’s anointed, since David had been anointed king and Saul was busy trying to kill him. It is because at one time that was true. God chose Saul to be king over Israel, and for a season Saul allowed himself to be used God to do mighty things for the Lord. Because David knew the heart of God, he kept a proper perspective of Saul as God’s chosen despite the way he was been treated.
Watch this: David’s response to Saul’s death was not, “Oh, thank God!” Nor was it, “its time.” Even thoroughly qualified to say those things in the natural, David decided to operate in a kingdom concept called honour! David responded to Saul’s death saying “How the mighty have fallen in the midst of battle!” 2 Samuel 1:25.
Question is, how could David call the man who tried to kill him mighty? How could he honour the man who drove him out of his house with spares and chased him into a cave? David became a powerful example to young and emerging leaders. David did what he did because he knew that the way he responded to the king would one day affect the way he lead. And one thing I truly love about David is that, no matter what, David wanted to do what is right in the sight of the Lord. And I think as believers we should emulate the path of David and behave wisely. Church let’s do what is right following the path of David
NEVER BE THE ONE TO BRING DOWN GOD’S ANOINTED
Will you pass the test when authority goes wrong? When you are offended leaders will you honour them or try to kill their reputation? David has one or more lesson to teach us about exiting from a terrible leader. The young man who ended Saul’s life came bragging thinking David will be pleased but instead David tore his clothes and said, “How is it that you did not fear raising your hand to destroy the Lord’s anointed?” (2 Samuel 1:14). Why did David react so harshly to this young man? It is because this young man did not choose the path of the kingdom, which is honour. The law and the prophets hinge upon this principle, “Therefore, everything you would like men to do to you, do also to them” (Matthew. 7:12, MEV). David knew one day he will lead the great nation Israel and how he responded in this season would determine how the next generation would treat him.
So I have one for the body of Christ. How do you want to be treated when you are now the victim of failure? With Honour? Stay fully submitted to authority. Don’t allow the enemy to make you throw spears back at the person misusing his or her authority.

My counsel to Timi and Busola Dakolo; “if your claims are true” following your explanation on media, I like to say IT DOES NOT HURT TO FORGIVE. Never lay hold of the past, because to lay hold of the past is to forfeit the future. BE AWARE OF THE DAMAGE YOU ARE DOING TO THE BODY OF CHRIST your actions. At least give some thought to your actions.
Matthew 13:25-40
But while men slept, his enemy came and sowed tares among the wheat, and went his way. But when the blade was sprung up, and brought forth fruit, then appeared the tares also. So the servants of the householder came and said unto him, Sir, didst not thou sow good seed in thy field? From whence then hath it tares? But he said, nay; lest while ye gather up the tares, ye root up also the wheat with them. Let both grow together until the harvest: and in the time of harvest I will say to the reapers, Gather ye together first the tares, and bind them in bundles to burn them: but gather the wheat into my barn. Then Jesus sent the multitude away, and went into the house: and his disciples came unto him, saying, declare unto us the parable of the tares of the field. The field is the world; the good seed are the children of the kingdom; but the tares are the children of the wicked one: As therefore the tares are gathered and burned in the fire; so shall it be in the end of this world.
God has set a standard in His Word. Luke 6:37 told us “Judge not, and ye shall not be judged: condemn not, and ye shall not be condemned: forgive, and ye shall be forgiven”
Allow God Himself to separate the tares from the wheat.
– AUZA MOSES. 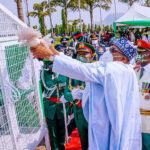