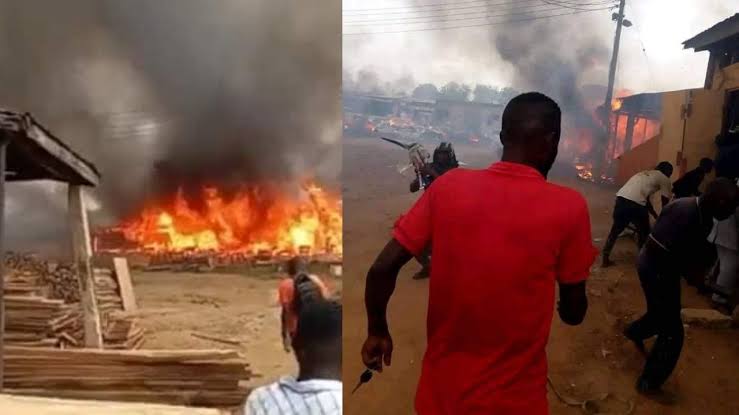 Many feared k!lled, shops burnt as traders and commercial motorcyclists clash in Abuja

Many people have been reportedly killed and shops belonging to Igbo traders were set ablaze during a clash between traders and commercial motorcyclists at Dei Dei market in Abuja.

The fight reportedly started following an accident that led to the death of an Igbo woman.

According to reports, the woman was a passenger on a commercial motorcycle when she was crushed bya truck, allegedly due to the recklessness of the motorcyclist carrying her.

The woman died while being rushed to the hospital and this caused traders in the area to go after the motorcyclist carrying her when the accident occured.

The man’s motorcycle was set ablaze when they caught up with him. This led to a reprisal attack from motorcyclists in the area.

They blocked the expressway, attacked motorists and burnt the shops and cars of the traders who sell building materials at the Dei Dei International Timber Market.

Goods worth billions were destroyed and burnt.

“We will not call off the one month warning strike” – ASUU