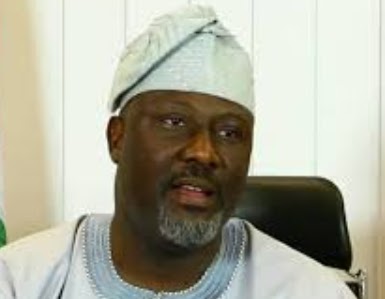 Here is the press statement by Concerned Nigerians below…

The recall according to our team of observers who were on ground to witness the process was fraught with irregularities, manipulations and forgery.

We are calling on president Muhammadu Buhari to immediately sack the INEC chairman, Professor  Mahmood Yakubu  for perpetrating forgery and also conniving with the initiators of Senator Melaye’s recall to smuggle in names of dead persons and those who never appended their signatures to the purported list asking for the recall of Senator Dino Melaye as this portends serious dangers for the 2019 elections.

Professor  Mahmood Yakubu  lacks the moral value to continue as INEC chairman considering his role in this recall process since all these things happened under his watch.

We equally enjoin the electorates whose  names were fraudulently included in the recall list to approach the  Court for redress as our organisation, Concerned Nigerians is willing to provide legal services and other supports for the affected persons to get justice.

Most of the electorates we spoke with told us in confidence that they neither wrote nor signed  the purported list calling for the recall of Senator Dino Melaye.

We are calling on the Independent National Electoral Commission to as a matter of urgency investigate and prosecute those responsible for the names that were smuggled into the list.

INEC and its officials should stop making mockery of our democratic system and allow the people to freely make their democratic choice as regards who govern or represent them.

FOR: Concerned Nigerians
A Pro-Democracy Group in Nigeria dedicated to the rule of law, good governance and anti-corruption.

High Court in Kaduna State prevents El- Rufai from sacking over 4,766 District and Village Heads across the state.