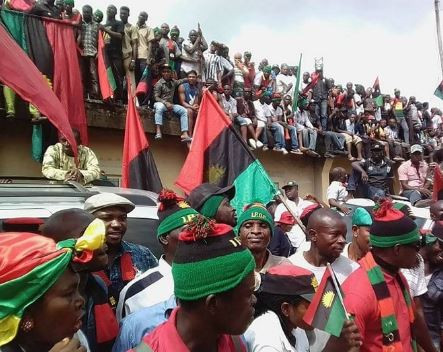 The Movement for the Actualisation of the Sovereign State of Biafra has warned monarchs, senators and governors in the South-East not to sell any portion of land in the region to Miyetti Allah Cattle Breeders Association members.

MASSOB also called on the Federal Government to prevail on Fulani herdsmen bearing unlicensed weapons to surrender them, adding that many of the members of MACBAN were still in possession of AK-47 rifles. National Director of Information of the secessionist group, Sunday Okerefor, also maintained that members of MACBAN had already taken delivery of the N100bn they asked from the Federal Government.

Okereafor, who spoke in a telephone interview with our correspondent, said members of the cattle breeders association planned to use the money to purchase land in the South-East and other parts of the country to create cattle ranches. He warned that any traditional ruler found to have sold land to Fulani persons would be dealt with, adding that the family of such monarchs would not be spared.

He said, “so we are telling the Ezes to go and chase out these Fulani people from our land before the end of this month because we are aware that the Federal Government has given N100bn to MACBAN.”

He added that Federal Government had already given N100bn to MACBAN. “the Miyetti Allah (MACBAN) wants to use this money to buy our land, not that the government wants to give them land; they want to use that money and come to our communities and buy land to breed their cows and force us into slavery.

“Afterwards, they will bring their cows, ammunition and their brothers there, they will buy large parcels of land and after they buy, we will not be able to stop them again. That is why we are warning the Ezes, that anybody that will welcome the Miyetti Allah, that person will be dealt with. We have told our groups around the communities to monitor the villages to check when the Miyetti Allah will come to buy land. We don’t have any land to sell to them; they should go to the North and buy land there.

“The Miyetti Allah has been given N100bn, whereas, we have Ohanaeze Ndigbo, Ijaw youths and Arewa youths, why didn’t the government give them N100bn each as they gave to the Miyetti Allah? The Federal Government should first of all ask the Miyetti Allah to drop their weapons because I saw Fulani men in our bush with AK-47 rifles; seven of them were holding these guns, they passed through my community in the bush.”

On 2023 presidency, the MASSOB spokesman pointed out that the Igbo had no chance of having one of their sons or daughters becoming the President of the country in the next 1,000 years because some people felt they were defeated during the civil war and did not deserve to lead Nigeria.

He said, “we are not interested in the Presidency; an Igbo man cannot be President again. If the currency is naira, then they will never allow Igbo to rule again. NAIRA as an acronym means Never Allow Igbo Rule Again. These Igbo politicians are aware of it; they say that the Igbo were defeated in the war; they would say that we should go home and take care of our children and forget about an Igbo president.”